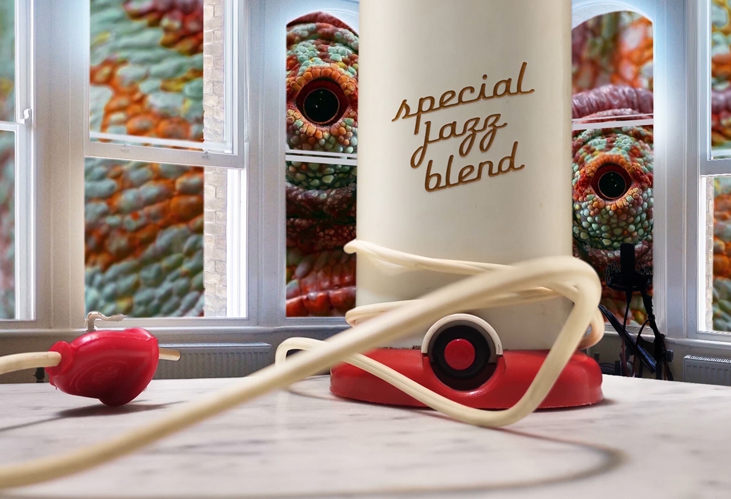 The first thing you see on this album’s artwork is a vintage style blender that gives a strong hint to what’s inside. There’s also a giraffe romping through Bethnal Green, but I haven’t been down that way for a while so anything’s possible. Maybe it’s just that Aldevis Tibaldi is good at surprises, as his new album special jazz blend is quite a different beast from his preceding twenty-six three album that was among the Telegraph’s Best Jazz Albums of 2016 list. 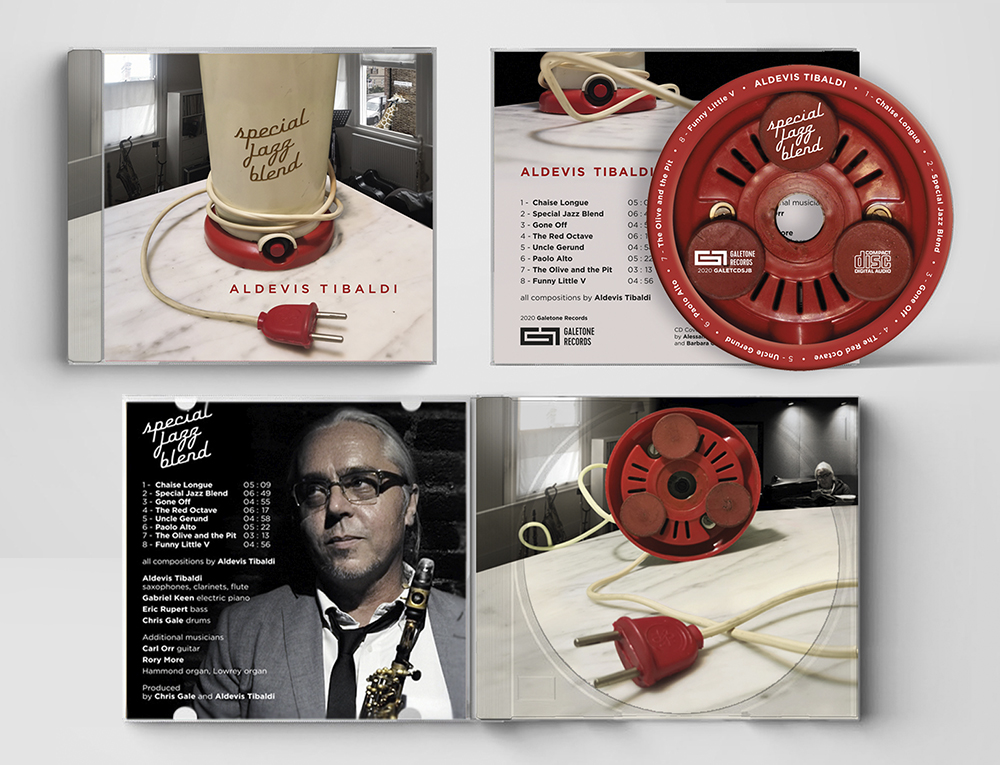 Tibaldi is a fine saxophonist and flautist from Trieste who has been based in London for some time now. As well as running his own band, playing sessions and collaborating with others, he is an experienced instructor and lecturer. He’s also served his time at Virgin Megastore and HMV Oxford Street (I was at Tower Records Piccadilly Circus) where – back in those days – you’d be immersed in so much new music you wouldn’t normally be able to hear.

There’s no question that special jazz blend has a retro feel about it, but that doesn’t make it a retro album. The grooves are just as relevant today as they ever were, and are performed with skill and a lightness of touch which gives them an authentic and contemporary feel.
Almost all the tunes are really strong, not something one can say too often. I particularly liked the gorgeous Chaise Longue that feels like a tune Ed Motta would be proud of, the driving Gone Off with its fabulous sounding drum fills, the moving Paolo Alto, dedicated to the late pianist Paolo Losi, and the slight edginess underpinning the excellent title track.

Tibaldi plays some fantastic stuff, the way he stacks his horns together swings and sounds strong, his solos are immensely satisfying and he seems very comfortable and relaxed playing this style of music. Chris Gale is a really impressive drummer and locks in well with superb bass playing of Eric Rupert, while Gabriel Keen supports and solos with great taste and always the right feel. The guitar and organ parts from the guest musicians add drive and colour, their contributions make this album better.

It should noted that the design and artwork (as well as a terrific video – below) by Alessandro Vascotto and cover photo by Barbara Cecchini are of a much higher quality than we’ve come to expect from independent releases. The care that went into the whole project is clearly visible and this music makes you feel good. I hope that it gets the promotion it deserves, for when the sun finallycomes out, Tibaldi and his band should be a joy to see live and these tunes should be everywhere.